Known as the ‘Lord of the Jungle’, the Sri Lankan Leopard (Panthera parades kotiya) is one of the eight recognized subspecies of Leopard and is indigenous to Sri Lanka. The Sri Lankan Leopard, the smallest of the ‘Big cats’ is still the only large mammal predator in the country and relatively bigger in size than its relatives living elsewhere. It is rusty yellow coloured with its characteristic dark spots and lithe elongated bodies. It is stocky in build, with a shoulder height of about 45 to 80 centimeters with males weighing around 56 kg and females around 29 kg and lives up o 20 years. They are highly graceful and agile animals are predatory carnivores making them excellent hunters who pursue different prey such as small mammals, birds, reptiles, wild boar, sambur and barking-deer of which the spotted deer makes a larger part of its diet. They hunt mainly during the nights and are best observed during dawn and dusk and sometimes during the daytime as well. 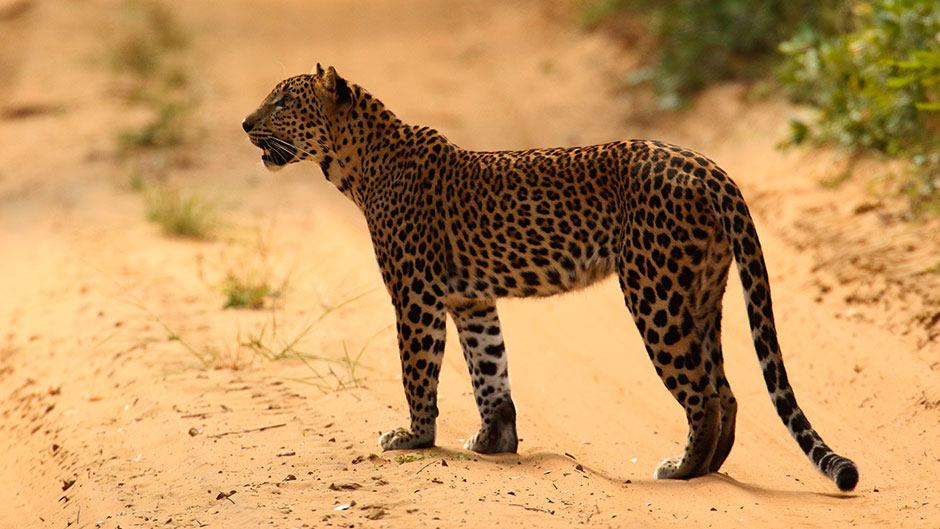 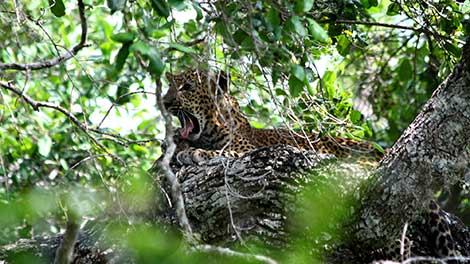 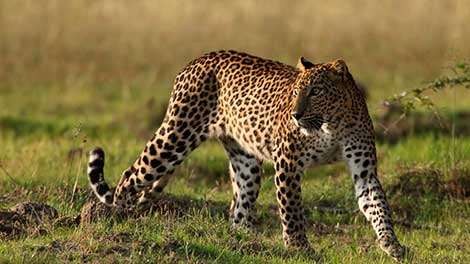