Well, this is the most visited sector when touring in Sri Lanka undoubtedly. If you stay in Habarana, the most strategically located small town near Sigiriya and Dambulla you could visit and explore many sites such as Sigiriya Rock Fortress, Dambulla Cave Temple, Polonnaruwa ruins, Ritigala ancient monastery, Pidurangala ancient monastery and also go safari in Minneriya National Park to see large herds of Elephants in the wild as they are situated around Habarana.

In addition to above sites, Habarana offers great outdoor activities such as cycling in the rural villages near Sigiriya, meeting with locals in their homes, in their farming fields, visiting village markets, go fishing in the lakes surrounded by the jungle, go bird watching in Sigiriya sanctuary, jungle walks near Habarana and Sigiriya and also to venture out for an 4x4 extreme jeep adventures.

Sigiriya Rock Fortress referred by locals as the Eighth Wonder of the World this ancient palace and fortress complex has significant archaeological significance and attracts thousands of tourists every year. It is perhaps the most visited tourist attraction of Sri Lanka. The fortress complex includes miscellany of a ruined palace, surrounded by a widespread network of fortifications, enormous gardens, ponds, canals and fountains. Since 3th century BC the rocky plateau of Sigiriya served as a monastery. In the second half of the 5th century king Kasyapa decided to construct a royal residence here.

The construction of such a monument on a massive rock approximately 200 meters higher from the surrounding landscape required superior architectural and engineering skill. The gardens of Sigiriya are among the oldest landscaped gardens in the world. Sigiriya has water gardens, cave and boulder gardens, and also terraced gardens which are located in the western part of the rock and are with a complex hydraulic system, which consists of canals, lakes, dams, bridges and fountains. We could arrange a guided cycling trip with a villager to Sigiriya through remote villages and farming fields where you park the cycles, explore the rock and cycle back to your hotel.

Dambulla temple has five caves and nearly 150 statues of the Buddha, many paintings on the ceilings and walls that emphasis the artistic talent of ancient days. The history of the caves, rock and temple dates from the 1st century BC. The charm of these caves is not only the statues but also the many complex and delicate paintings that cover the ceiling and walls created with native traditional paints.

Polonnaruwa, was the second capital of Sri Lanka after the destruction of Anuradhapura in 993. It comprises, besides the Brahmanic monuments built by the Cholas, the monumental ruins of the fabulous garden-city created by great King Parakramabahu I in the 12th century. The glory of the bygone era can be found in the archaeological treasures that still give a good idea of how the city looked in its glory days. You'll find the archaeological park a delight to explore, with hundreds of ancient structures – tombs and temples, statues and stupas. One could rent a cycle and explore Polonnaruwa ruins by paddling. The most important places to see in Polonnaruwa are Royal Palace, Audience Hall, Swimming Pool, Sacred Quadrangle, Shiva Temple, Pabalu Vehera, Rankot Vihara, Kiri Vihara Dageba, Lankatilaka Buddha statue and Gal Vihara Buddha Statutes.

Amidst these world heritage sites, is the Minneriya and Kaudulla National Parks where one could see large herds of Elephants in the wild. During the months of July and August nearly 200 to 300 Elephants gather in these parks creating a natural phenomenon. Minneriya is also a good place to see migratory, resident and endemic birds of Sri Lanka.

Sigiriya Sanctuary, a most important birding site in Sri Lanka which is home for many migratory, resident and endemic birds. Lies in the foothills of Sigiriya Rock Fortress, Sigiriya bird sanctuary is every birder’s must visit place. 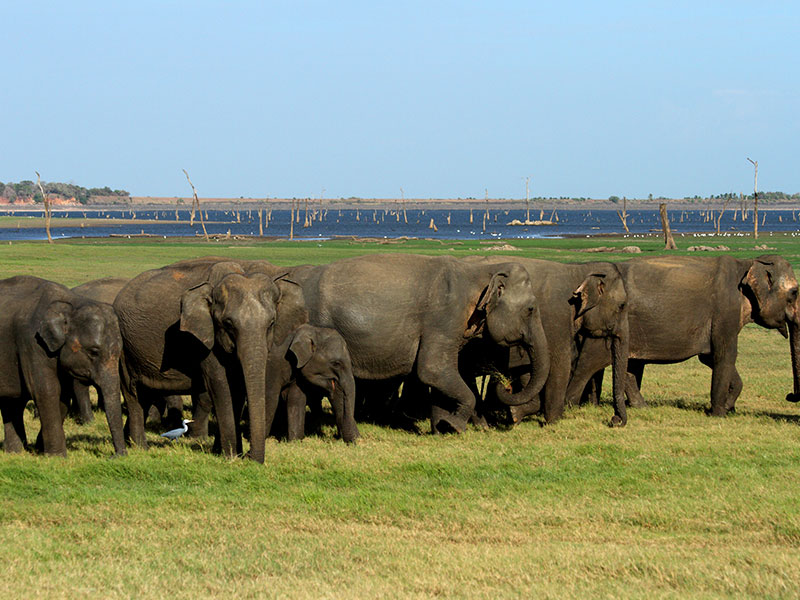 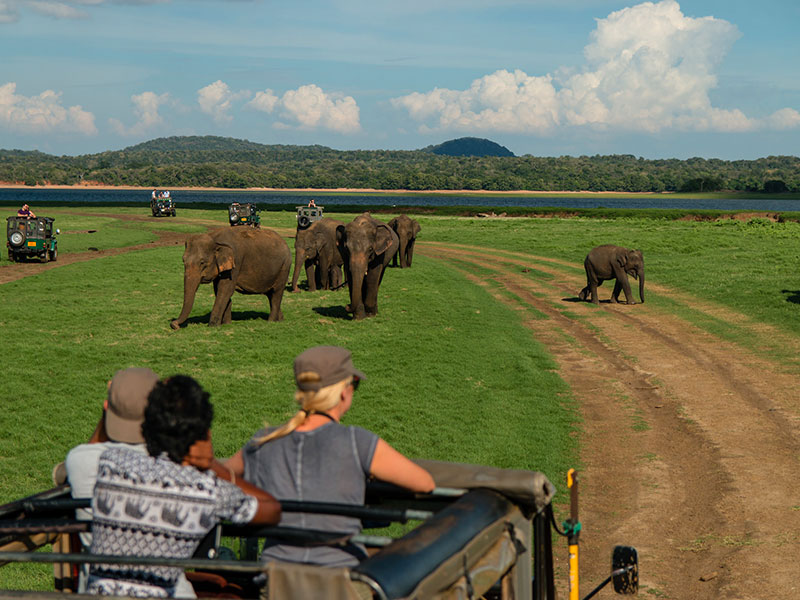 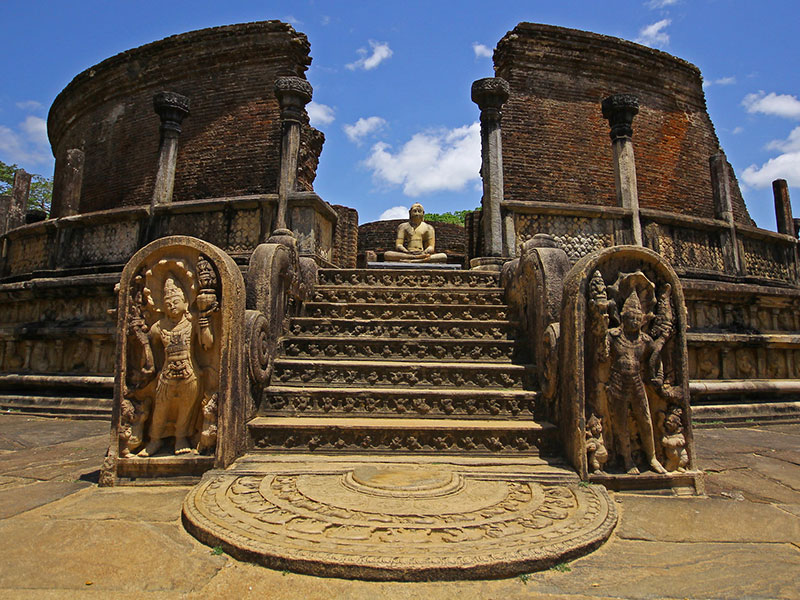 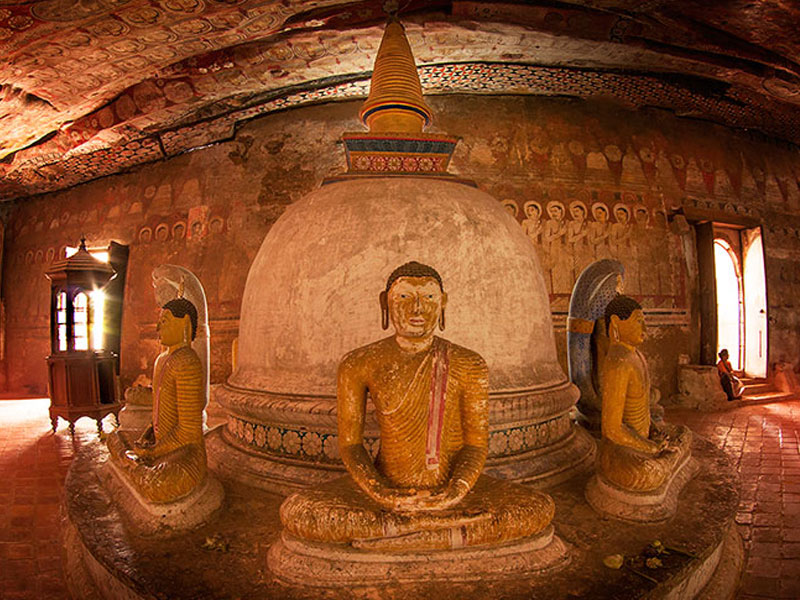 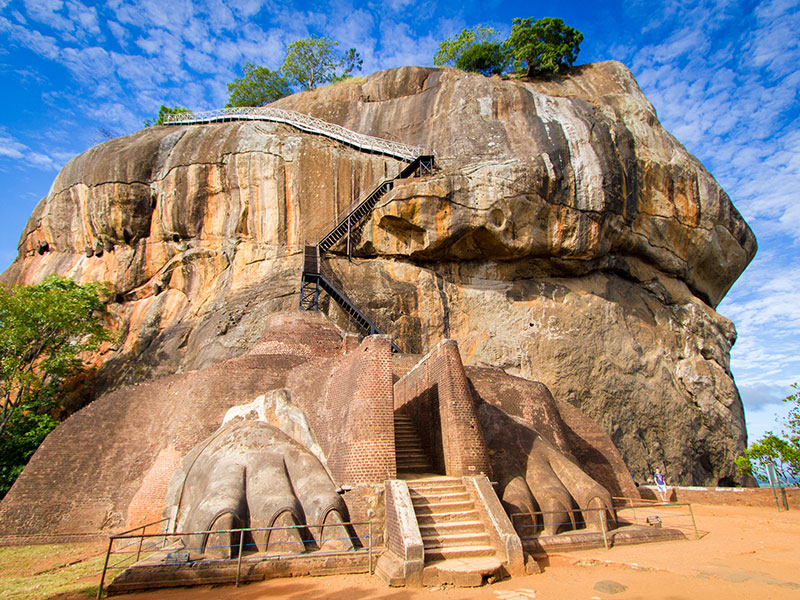 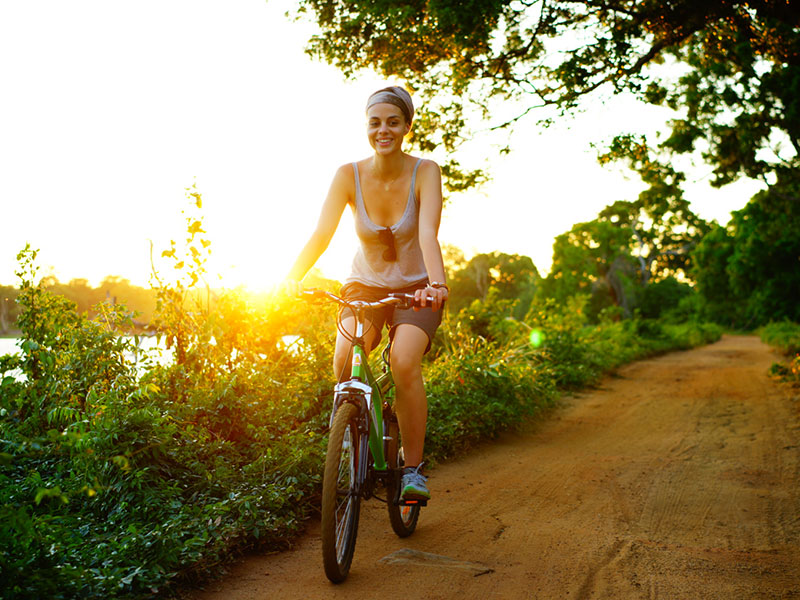 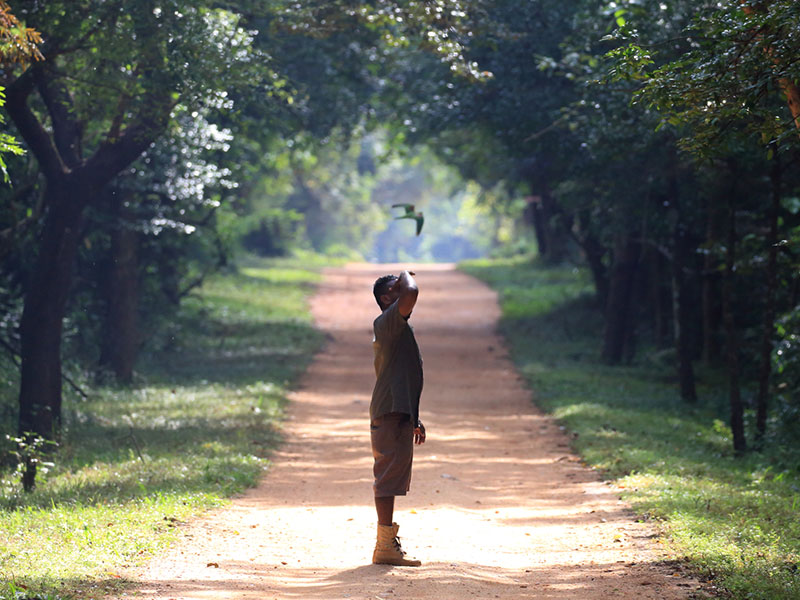 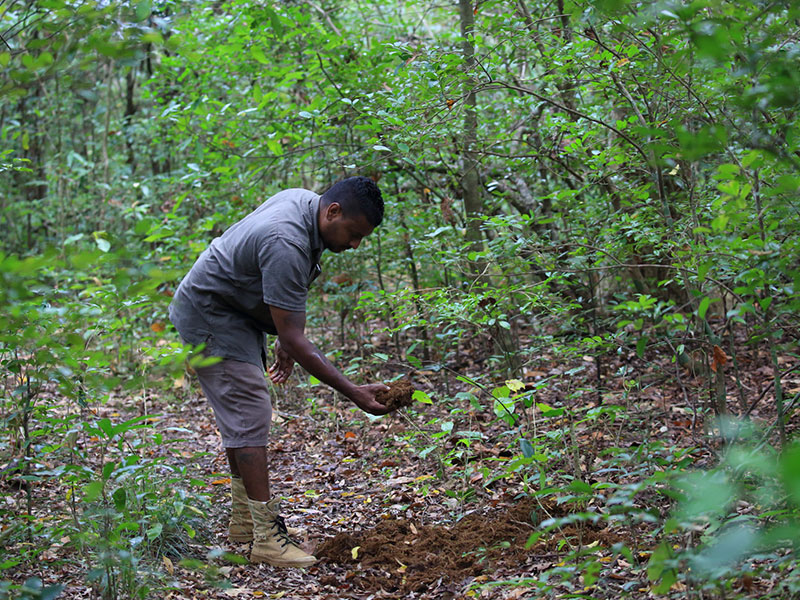 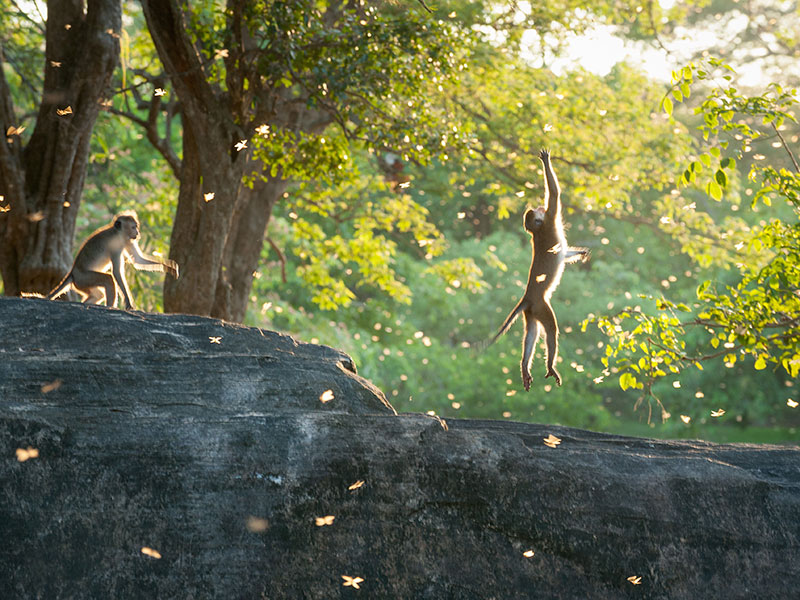 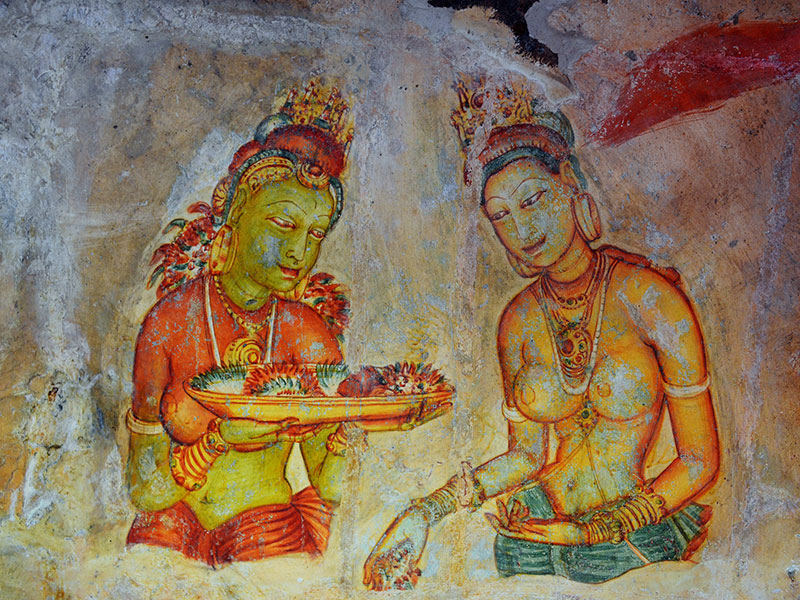 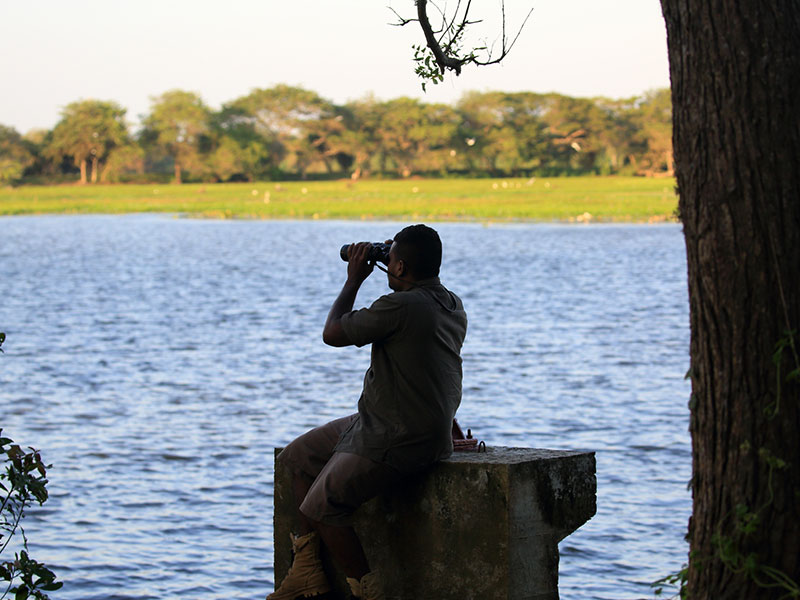