The Batticaloa Fort was built by the Portuguese in 1628 and was captured by the Dutch on 18 May 1638. Later, the fort was used by British from 1745. The fort has a structure of four bastions and is protected by the Batticaloa Lagoon on two sides and a canal on the other two sides. The fort is still in reasonable condition and currently houses several local administrative departments of the Sri Lanka government in new buildings, which are located within the old structure 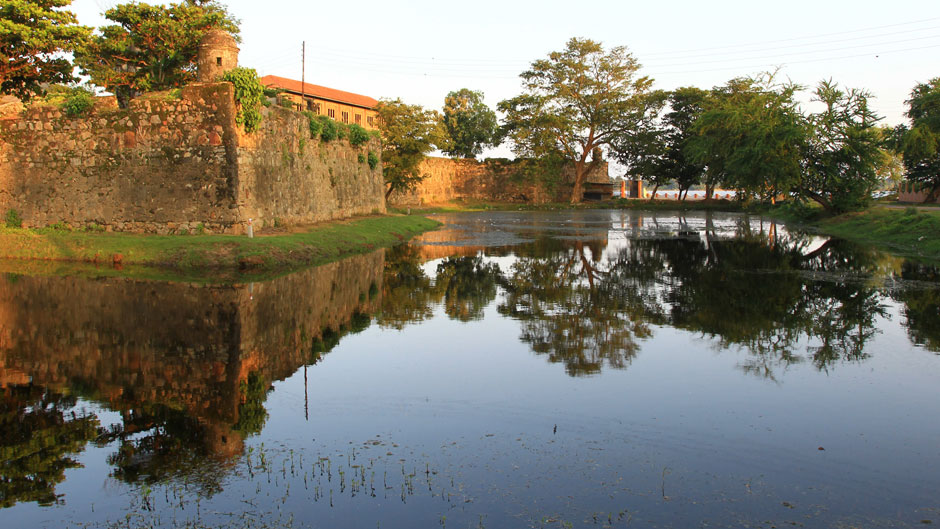 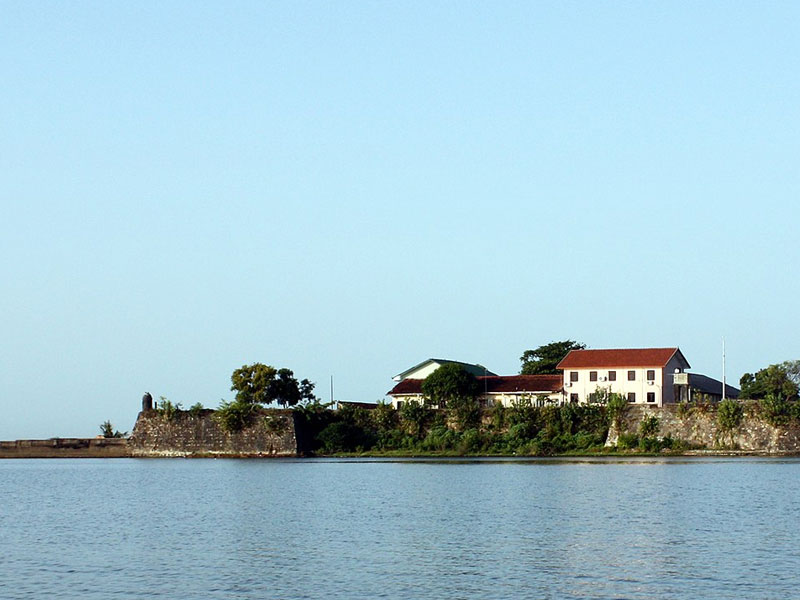 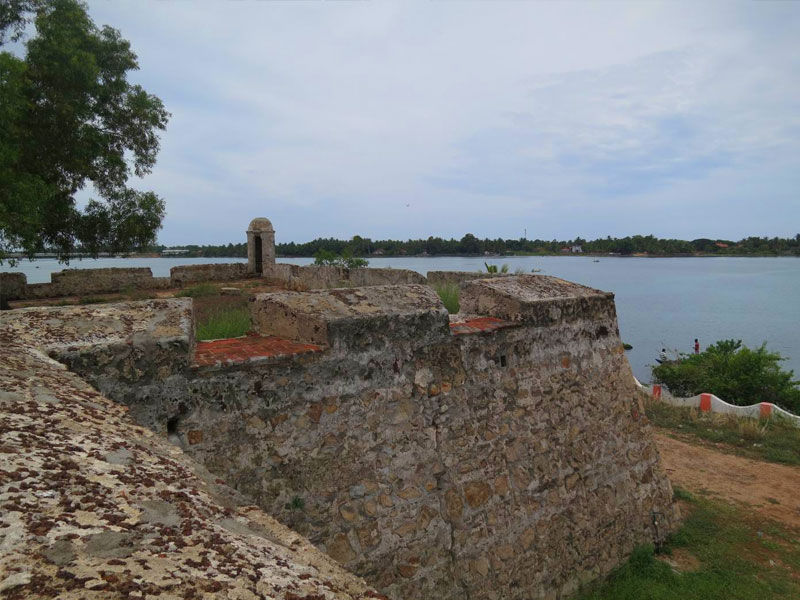