Centuries old pilgrimage ritual practiced to date from full moon day of December to full moon day of May, every year as the Buddhists hike to worship Lord Buddha’s footsteps, as they believe it. During this period from children, young and old Buddhist followers hike to Adam’s Peak summit. Usually they start the hike in mid night to witness the glorious sunrise from the summit and descend to foot hills. During this period there is no shortage in worshipers, makeshift stalls which sells food, toys and all sorts of goods for the pilgrims. The hike consists of nearly 5000 steps but the cultural experience, glorious sunrise and magnificent views from the summit is worth the effort.

Almost all travelers ascend and descend on the same route but we have a villager who is very knowledgeable about the hike and mountain who could take you off the beaten path when descending. This path goes through a cloud forests and tea estates where you could see some wildlife such as occasional Elephants, Samber Deer and birds. The path runs through some of the very old tea estates planted by British planters and streams where they introduced Trout fish in these streams for fishing. There are several waterfalls too could be seen during the descend on this path. Adam’s Peak is a part of Peak Wilderness Sanctuary which leads to Horton Plains National Park. 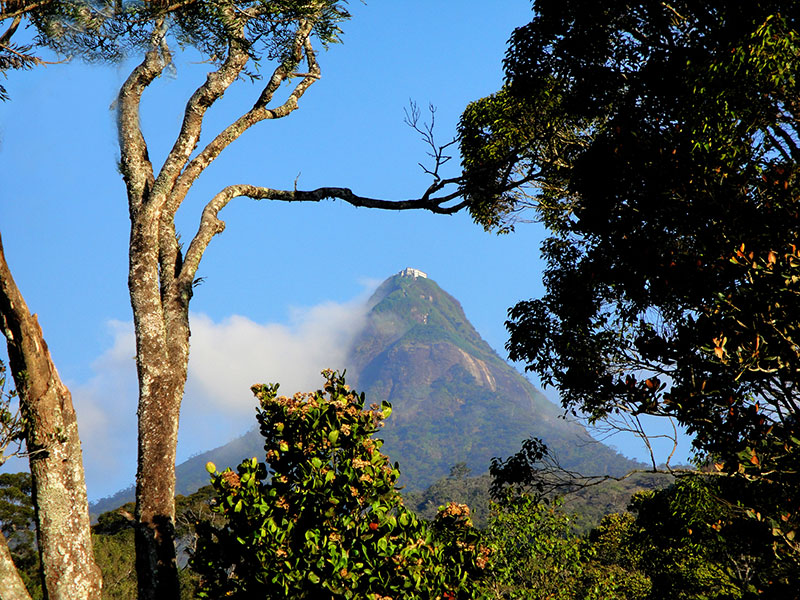 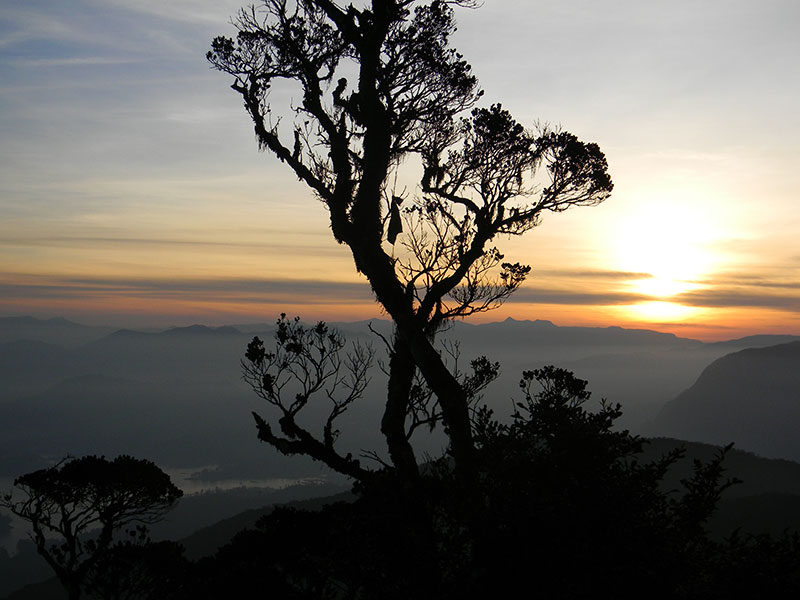 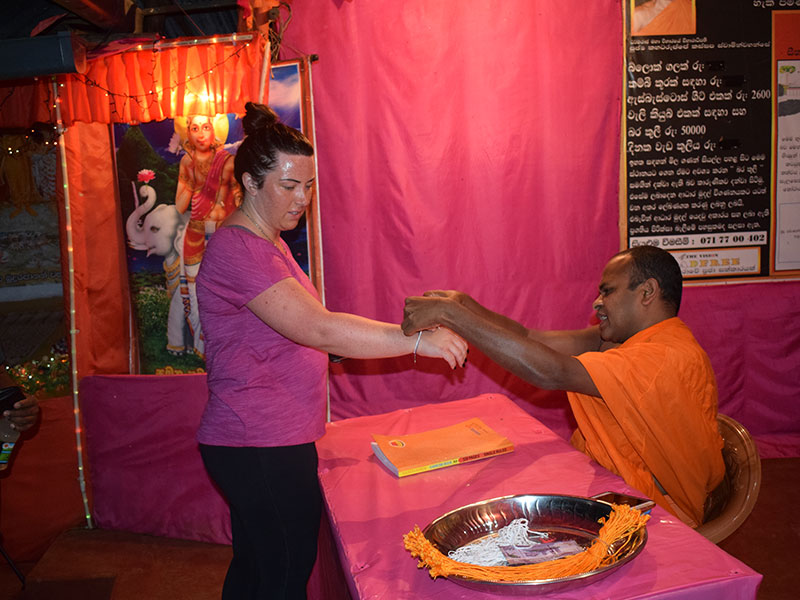 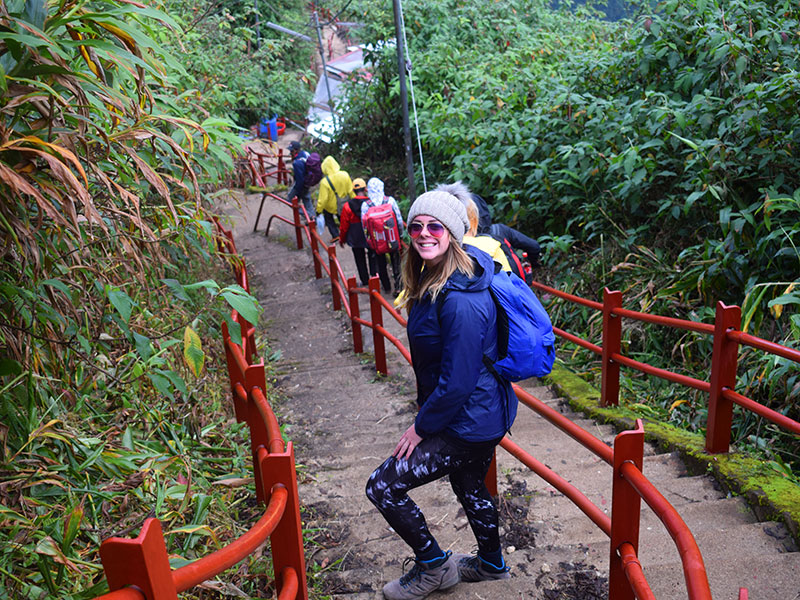 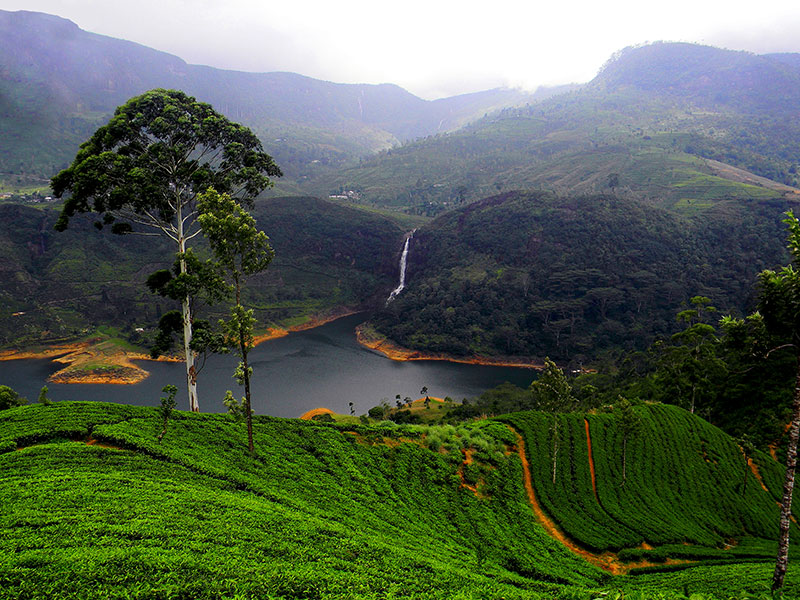 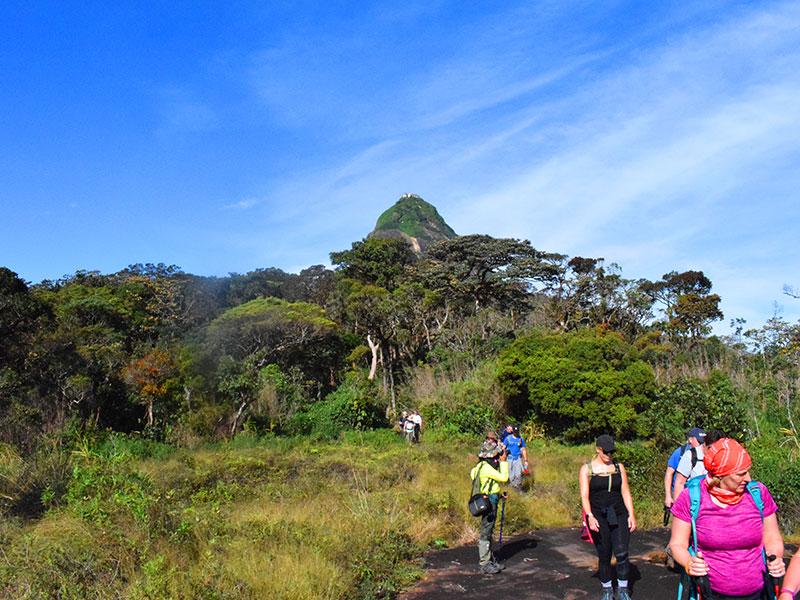 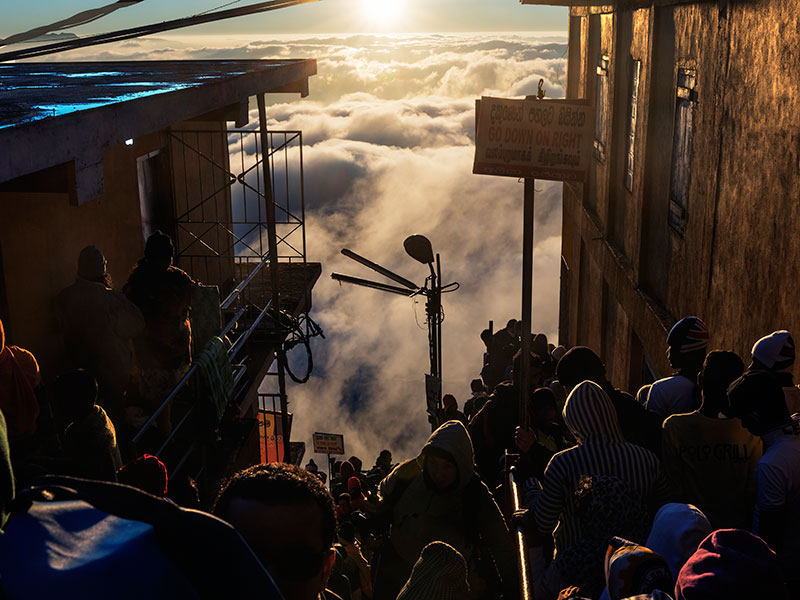 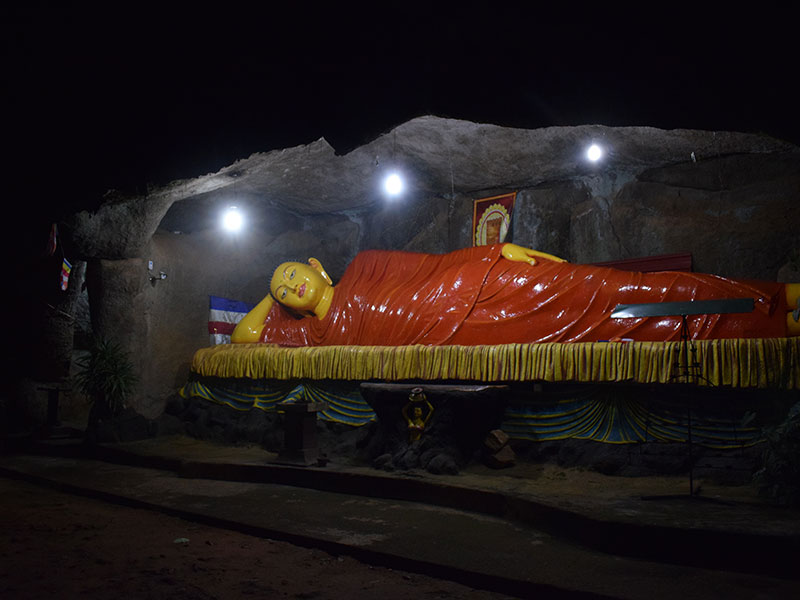 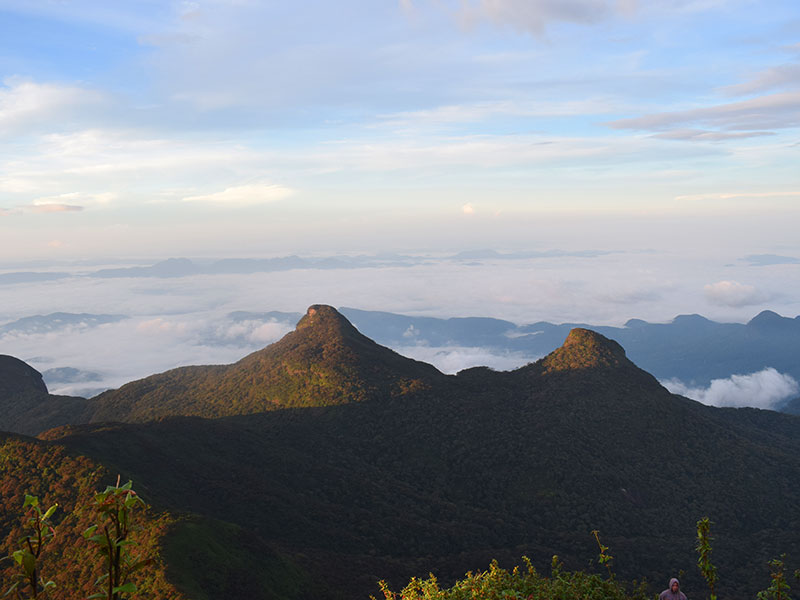